Nazarbayev Intellectual school of physics and mathematics in Astana is currently broadcasting its experience by inviting foreign students and teachers from international partner schools.
Starting from September, 10 up to September 15, the school hosted two students and one teacher from the Hannover International School: a 14- year- old 10th grade student Pierre Justus Versen, who is fond of doing sports, participating in debates and an 18- year- old 12th grade student Franka Walker, who admires drawing, reading and horse riding, and a head of the delegation, mathematics teacher Villa Maria Garcia. All of them lived in local families.
The guests had a unique opportunity to see the life of both the school itself and the capital from inside: they attended lessons, school sections, extra-curricular activities, also they did sightseeing of the city and visited the resort area Borovoe.
Cognitive excursions and easy-going communication with local students and teachers allowed foreign guests to reveal new knowledge about Kazakhstan. 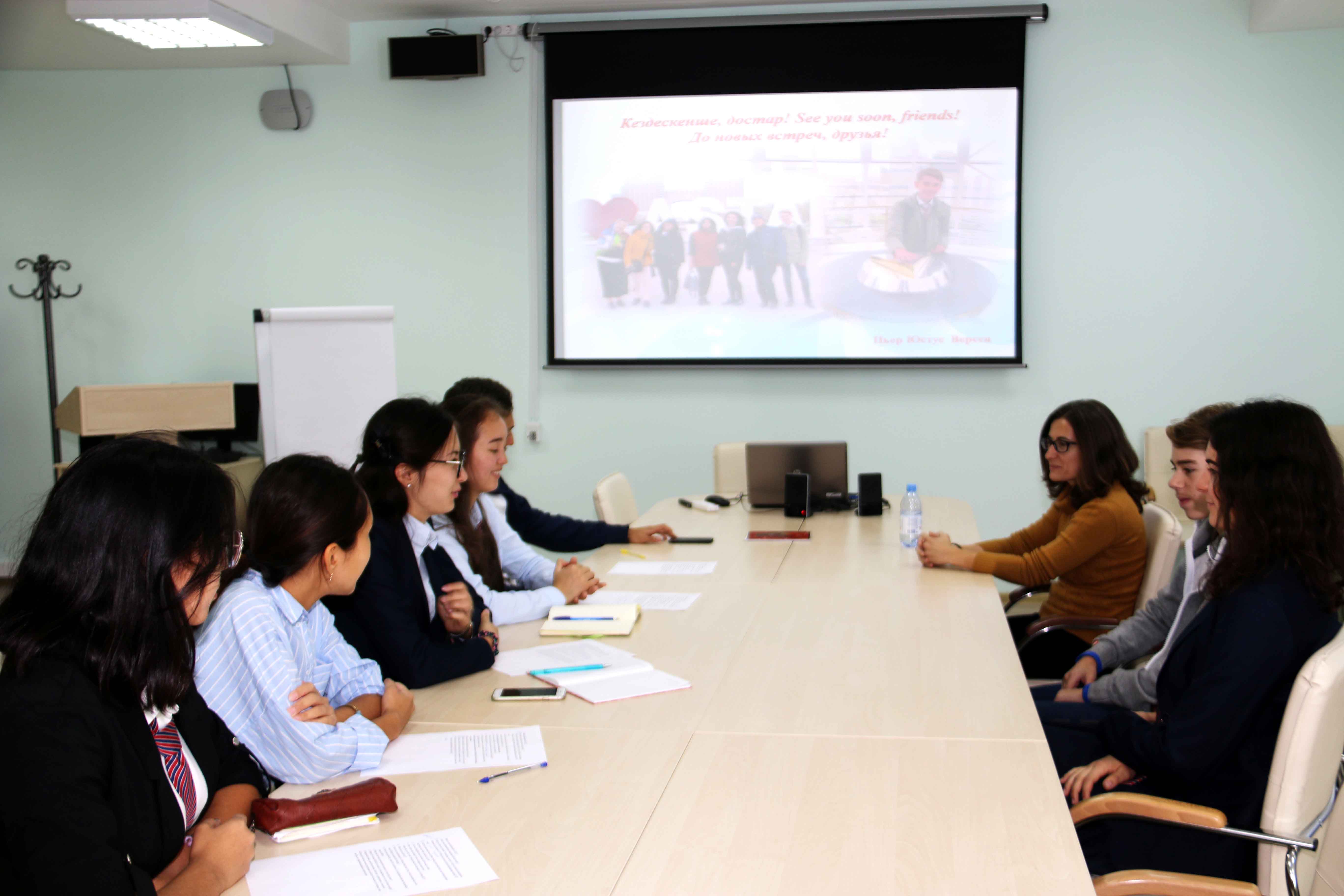 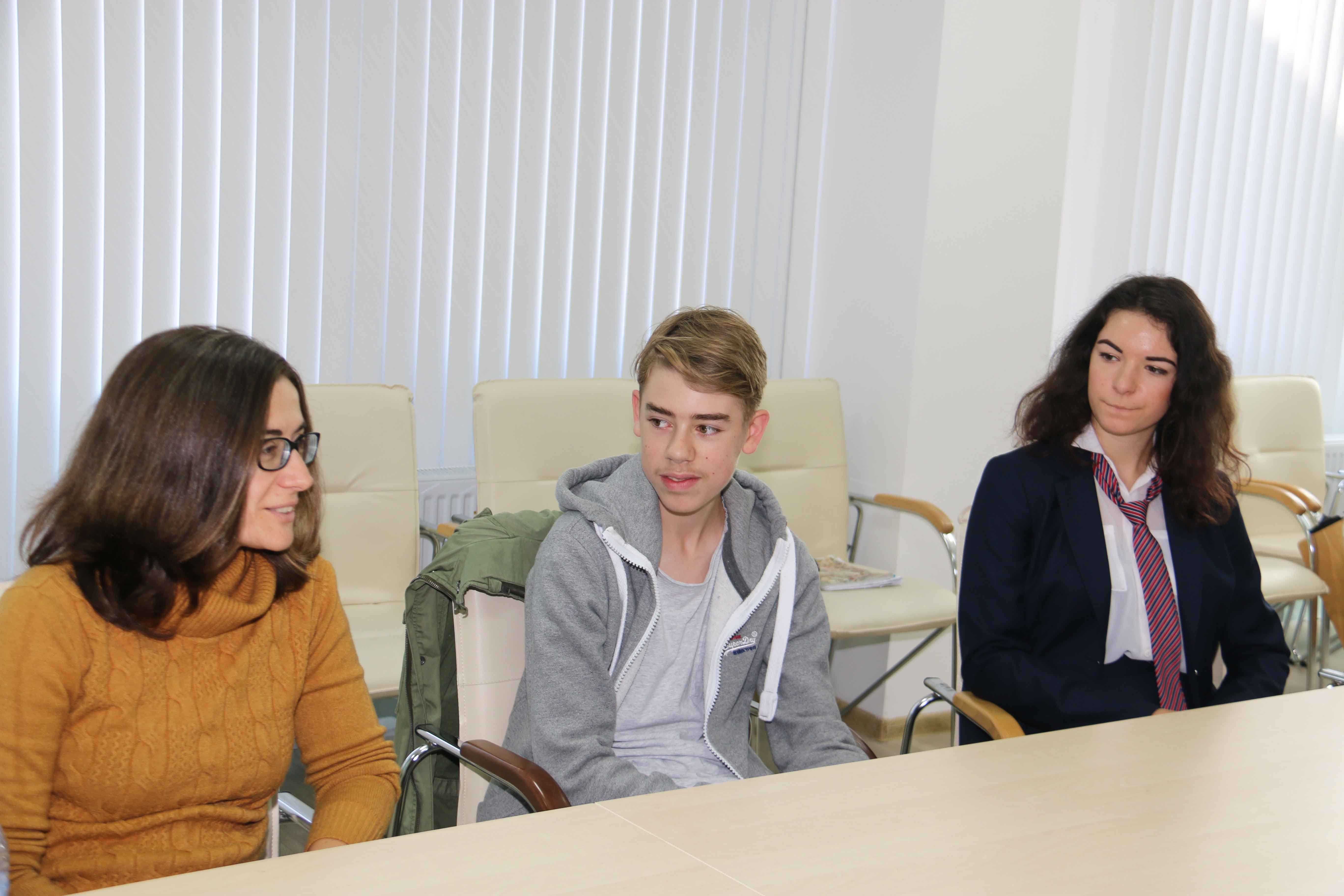 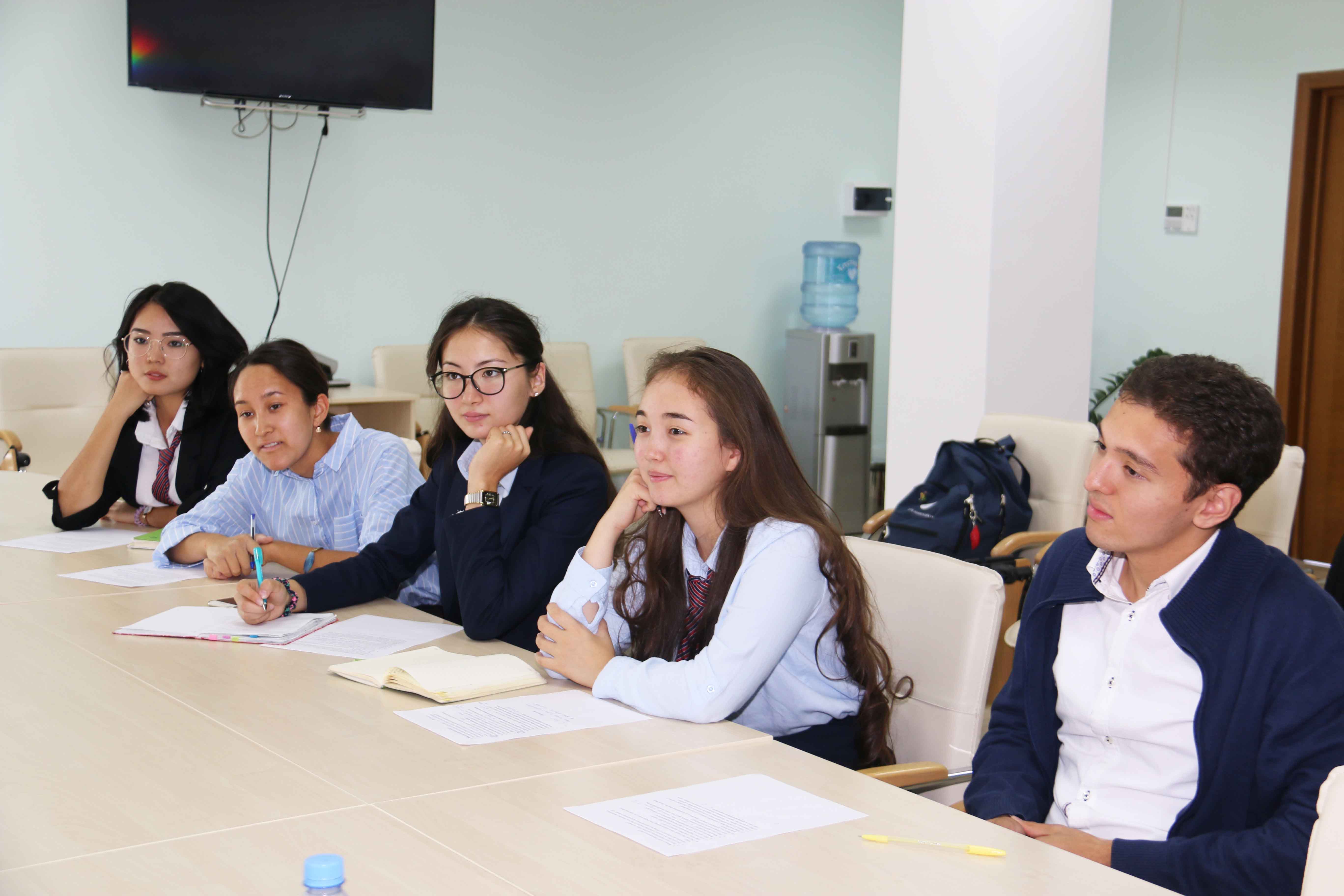 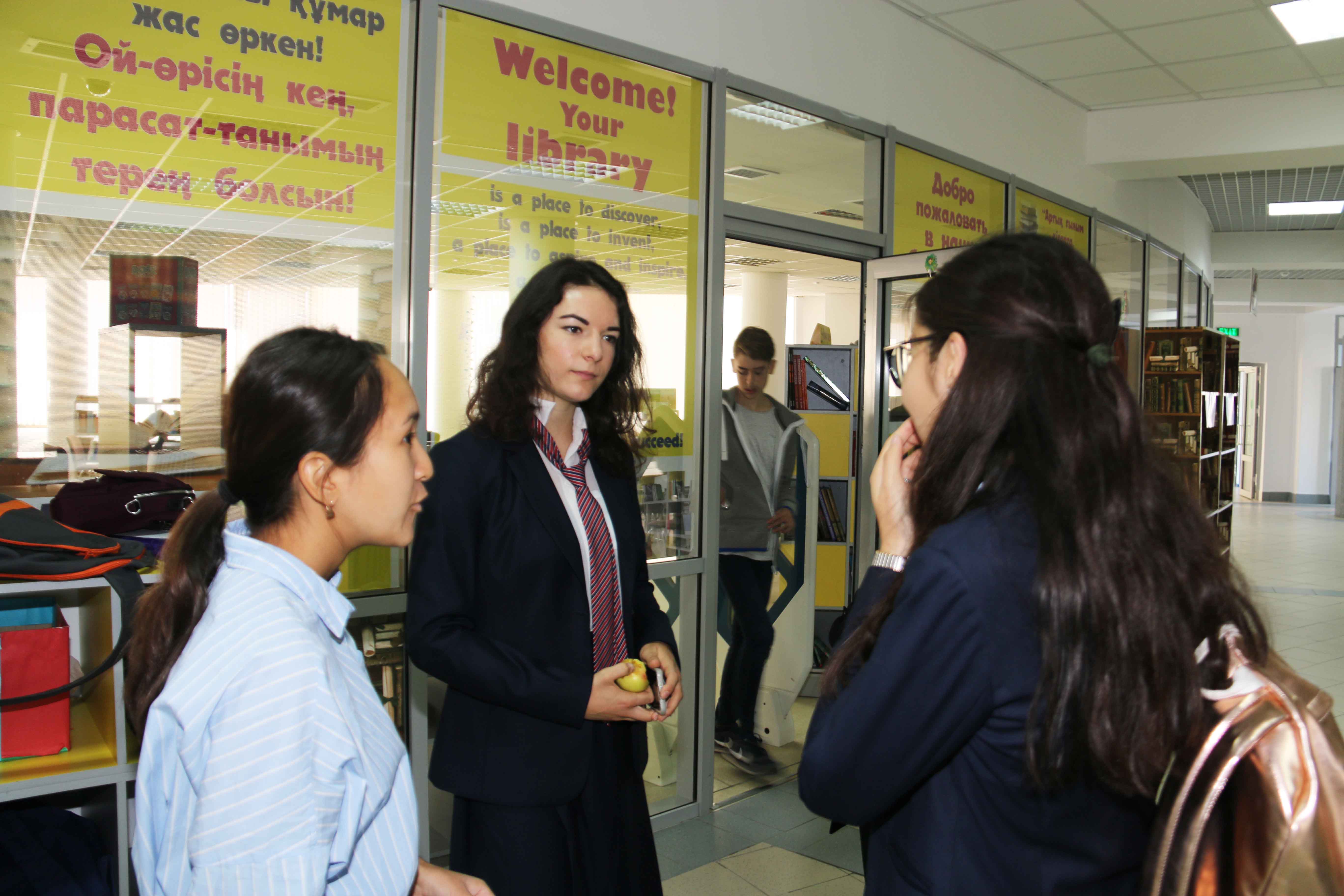 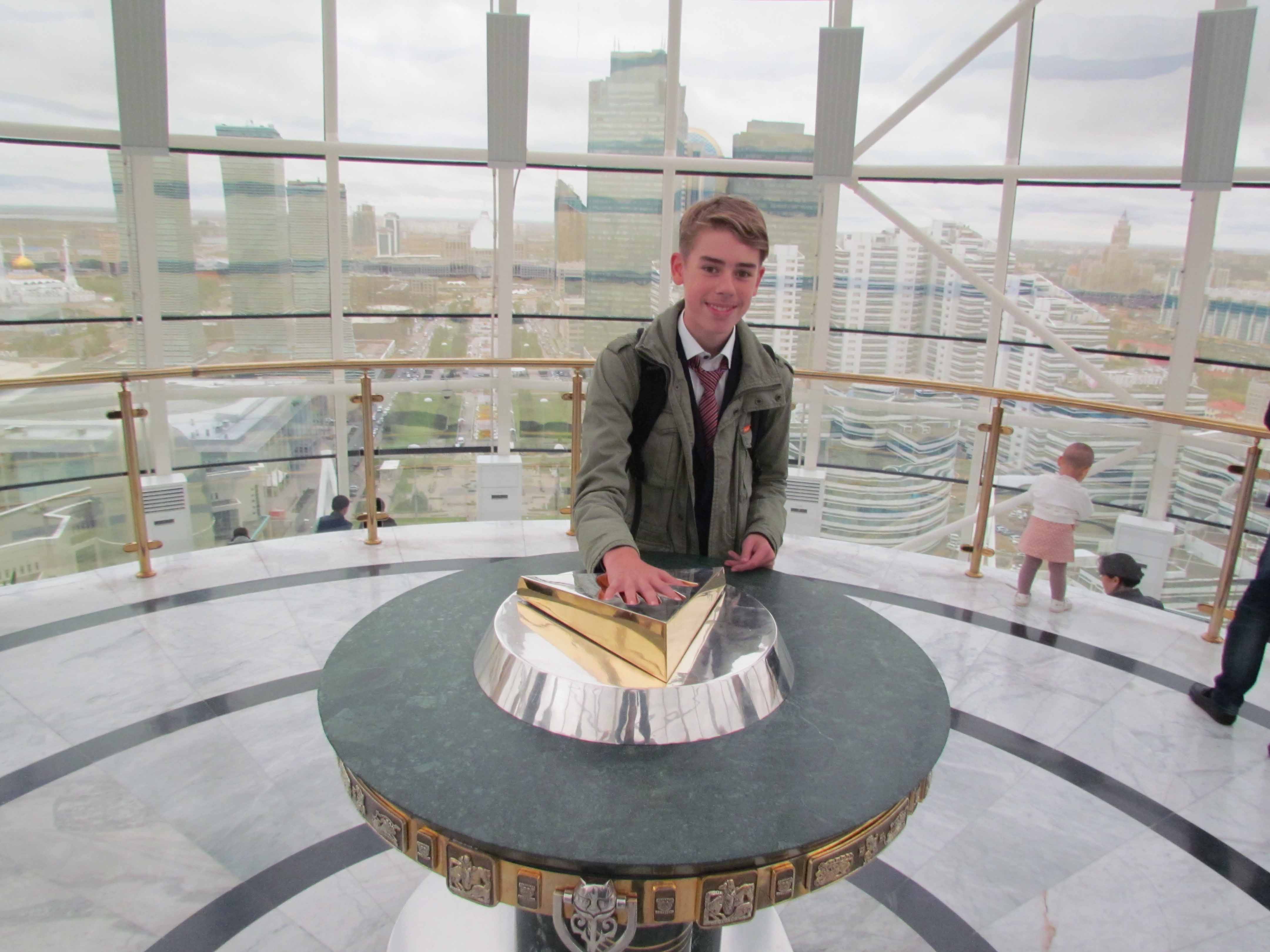 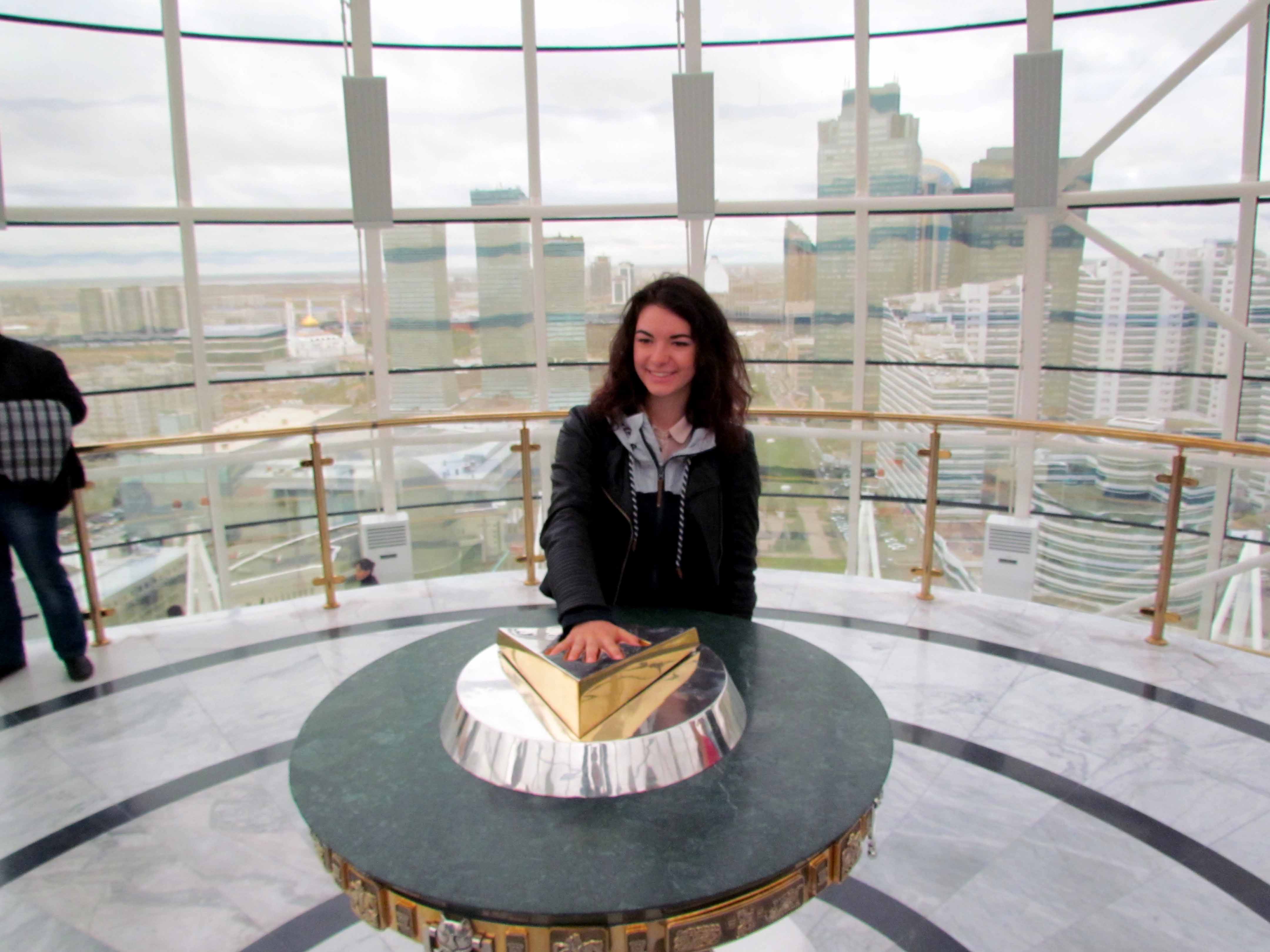 On September 15, a press conference was held by the school press center, where German friends shared their impressions about the school and about Kazakhstan in general.
Discussing the academic part of the program and comparing the schools of Germany and Kazakhstan, the visitors came to the conclusion that many of the topics that are studied at Nazarbayev Intellectual School in 11 and 12 classes they are taught in universities back in Germany. “I think that the training here is also complicated by the fact that the school day is very long, not to mention that you even study on Saturdays,” Pierre commented. As Franka said: “And both of our schools have our own distinctive features, sometimes making learning process rather difficult.”
“I was very surprised by Kazakh hospitality. Miss Nazgul, Chemistry teacher I used to live with, met me at the airport. And when we arrived at her house, the table was already full of fresh food, and Nazgul’s colleague was waiting for us at her home, who helped us to communicate. I was so pleased. I do not know how many hours Nazgul slept that night (no more than three hours probably), and after all she had to work the next day?! ”
“The host family made every effort to make me happy!” exclaimed Pierre admiringly. “It was more than wonderful!”

Franka, who has never had sisters and brothers, even in numerous previous exchange trips, found five brothers and sisters at once, living at Zarina’s house.
The moments that were the most memorable to the guests are connected with the beautiful nature of the Borovoe resort, where they visited the local school and got acquainted with national cuisine and culture. “I liked horse meat, but I realized that I would not be able to eat it in large proportions. Well, we had problems with «kumys» the teacher said cheerfully. “What I noticed in Kazakh hospitality that something that a little bit really means a lot,” Franka said laughing.
Several proposals were made during the conference. “It would be nice if more people took part in the exchange program. It would be more interesting,” – suggested Pierre. According to Franka’s opinion, it would be very useful to attend the short courses on basic words and expressions of the Kazakh and Russian languages before the trip. But this does not mean that our guests leave without learning a single word. On the contrary, with smiles on their faces, they demonstrated their skills, clearly pronouncing: “Rahmet!”, “Thank you!”, “Good” and “Kayyrly kun!”