Moonlight in the tune of Saryarka in Beijing Palace

The students of Intellectual School of Physics and Mathematics of Astana, who study Chinese as a second language, received an invitation to Beijing Palace.

The Embassy of the People’s Republic of China held a special reception in honor of the Children’s Day in the Republic of Kazakhstan.

– On the feast day, we are especially happy to congratulate our young friends, who are interested in language, culture, history, traditions of the Celestial Empire, – admitted Lyu Chiang Ping, charge d’affaires of the Chinese Embassy in Kazakhstan.

The chairperson of the board of autonomous organization of education “Nazarbayev Intellectual Schools” Kulyash Shamshidinova noted that each year cooperation between Kazakhstan and China is expanding, including the sphere of education. Many graduates of Intellectual schools receive an education in the best universities in the PRC. Recently, a working trip of the NIS delegation to Beijing and Shanghai has ended, and as a result of this, it is planned to sign memorandums.

Today, only in the Intellectual School of the physical and mathematical direction of Astana more than 84 students study Chinese as a second language. They demonstrated their achievements on the stage of Beijing Palace performing Chinese folk songs “Moon in my Heart” and “Moonlight over the Lotus Pond.” Kazakh kuy Saryarka in their virtuosic performance became the best musical gift to the organizers of the holiday.

The Chinese coloring of the holiday was emphasized by the Wushu performances by children’s group of the Confucius Institute, the master class on calligraphy from the counselor of the Embassy, Cheng Le, dance “Rice sticks”, and the popular “Katyusha” in Chinese language performed by the capital cadets.

Cheerful, tasty, with gifts and entertainment – on the last day of the school year, the reception in Beijing Palace became a double holiday for the capital’s schoolchildren. 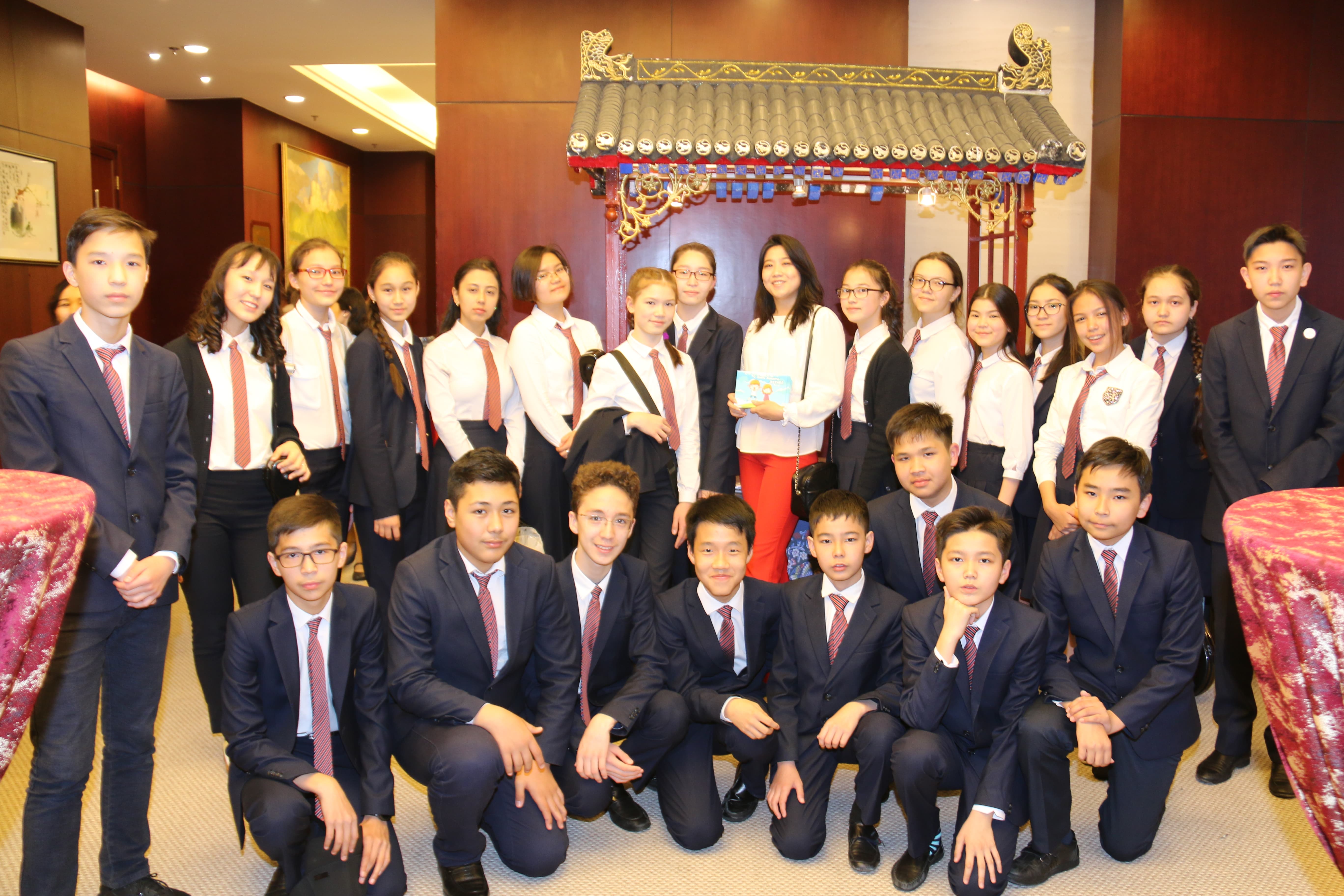 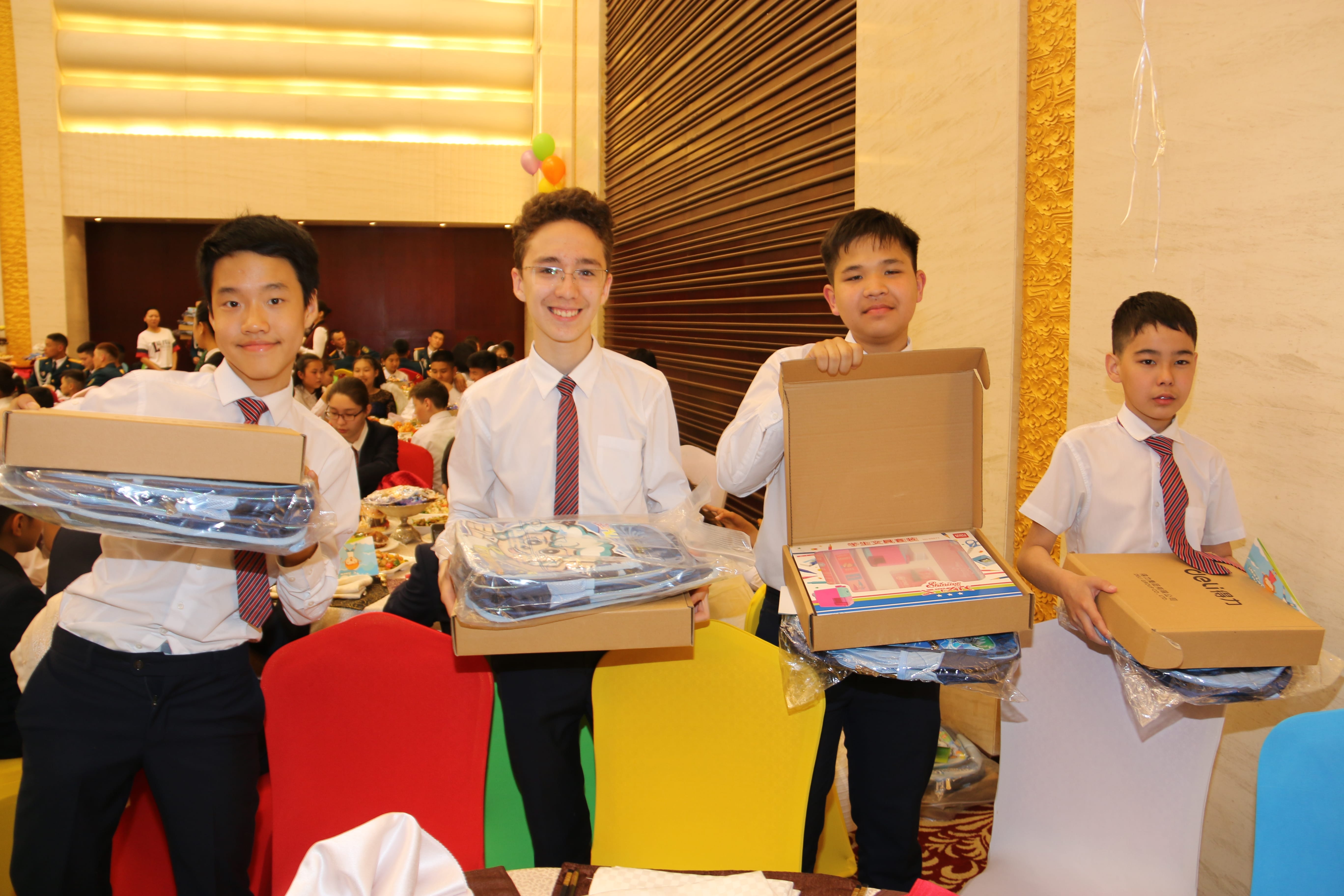 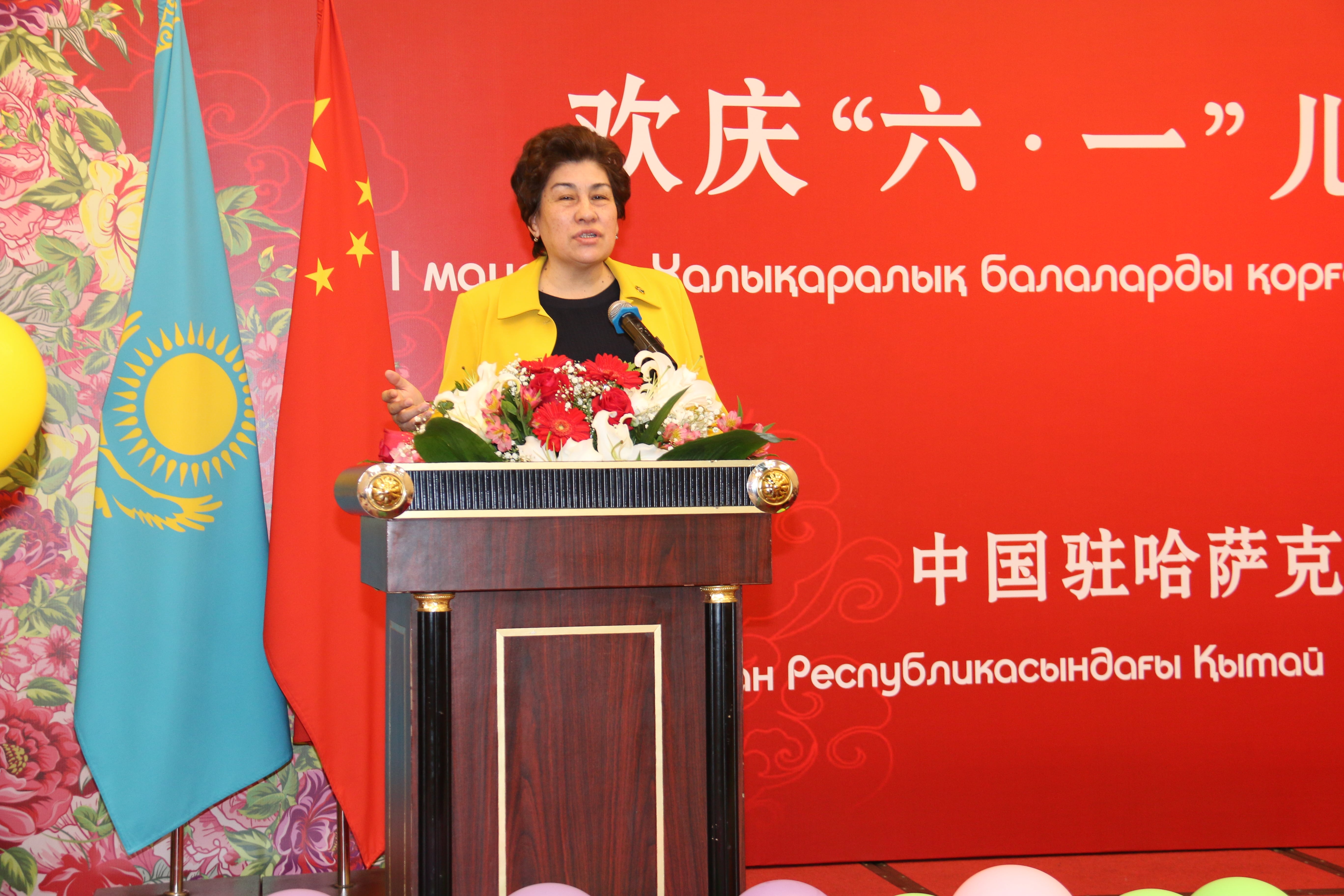 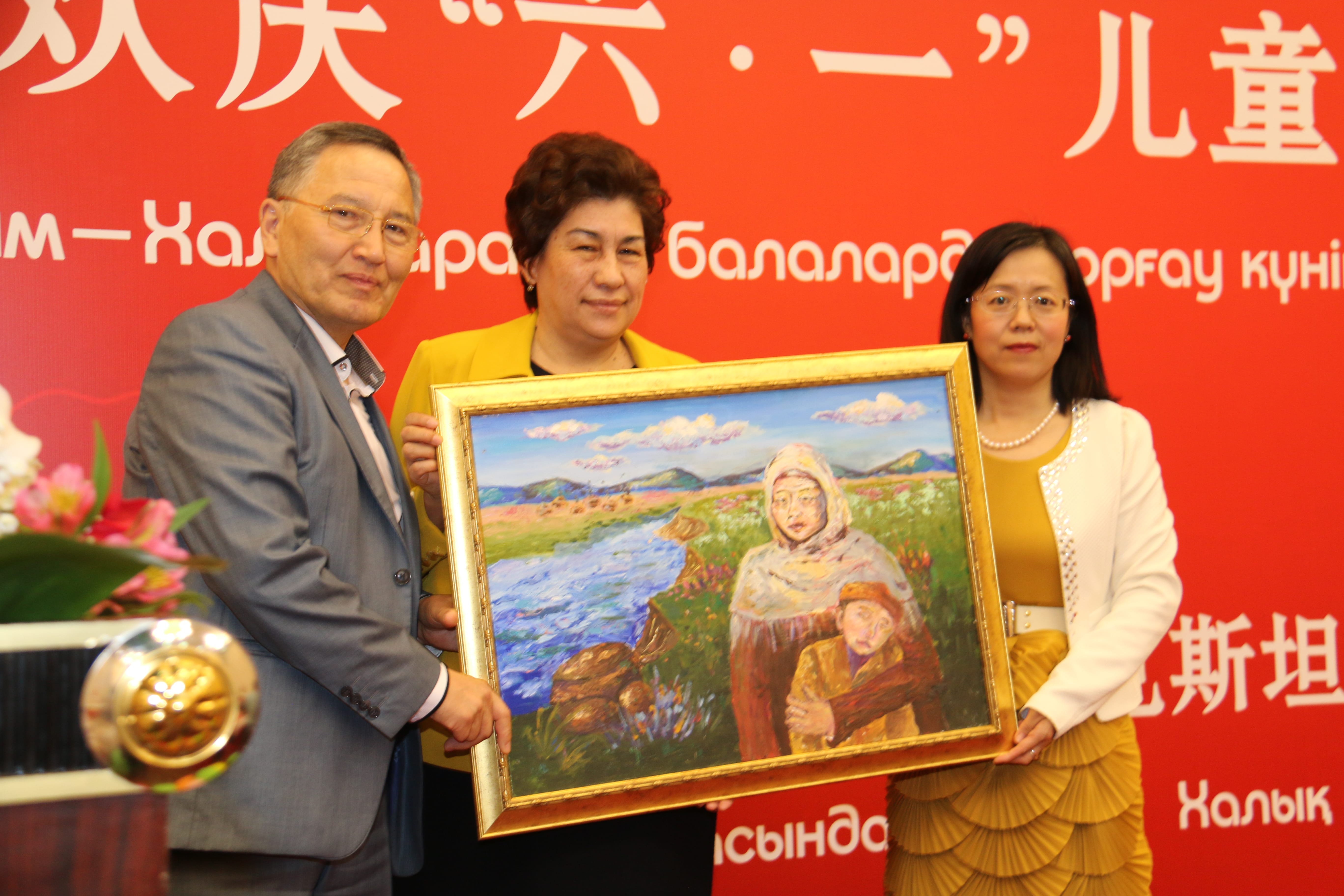 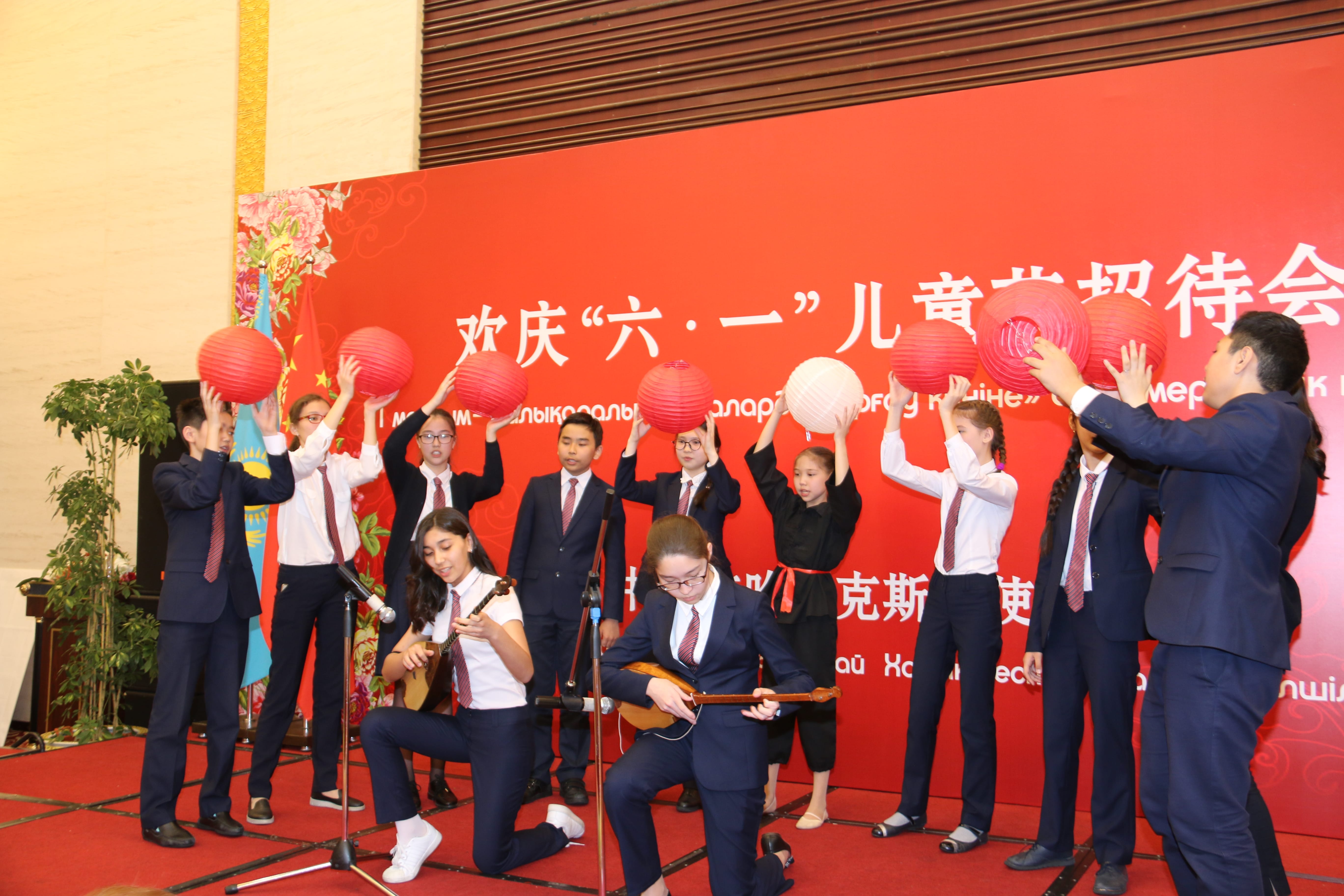