From 1990 to 1993 he worked as a teacher of methodology and psychology at the training college and as an interpreter of Portuguese in Angola.

In 2007 he was assigned as a school principal of the regional scientific and methodological centre for gifted children of Karaganda oblast.

Meiram Amirzhanovich is an author of many scientific works that focus on the intellectual activity of gifted children. His work on the themes: “Scientific organization of the gifted children’s intellectual activity”, and “Rating students’ competence” are put in practice in the schools of Karaganda, South Kazakhstan, and Kyzylorda oblasts.He was awarded with the Honorary Diploma and the medal of Y. Altynsarin of the Ministry of Education and Science of the Republic of Kazakhstan, and he is an Honorary Worker of Education of the Republic of Kazakhstan.

In 2008 he was assigned as the Director of the First Intellectual School of Physics and Mathematics. In 1986, just after graduating from Philological faculty of S.Seifullin Tselinograd Pedagogical Institute, Ospan Ramazan began his career as a teacher of Russian language and Literature at secondary school No. 5 in Tselinograd city.

In 1993 he graduated from Akmola Pedagogical Institute with a degree in Kazakh language and Literature.

From 1988 to 2002, he worked as a teacher of Kazakh language and Literature and as a Vice-principal for pastoral and educational work at secondary school No. 23 in Astana city.

In 2002, he was appointed as a Vice-principal for research at secondary school No. 25.

In 2009, he started new job as a teacher of Kazakh language and Literature at the Intellectual school, and in 2009-2010 academic year, he was promoted to a Vice-principal for Research. 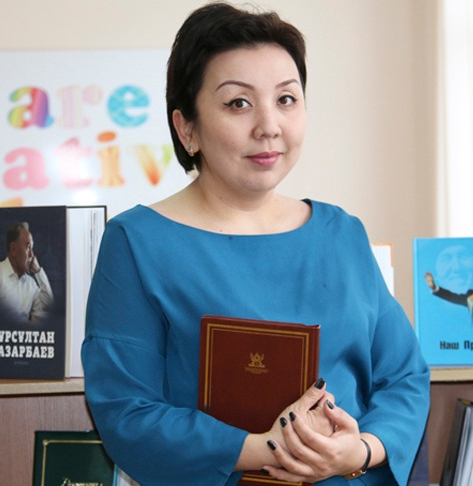 During her work at NIS, she took internships in Sweden, Armenia, Great Britain, also, she is a certified CLIL trainer. In 2018 she was awarded the Certificate of Honor of the Ministry of Education and Science.

In 2020-2021, Asel Saydugalievna Beysembinova was appointed as a Deputy Director for Academic Affairs of Nazarbayev Intellectual School of Physics and Mathematics in the city of Nur-Sultan. 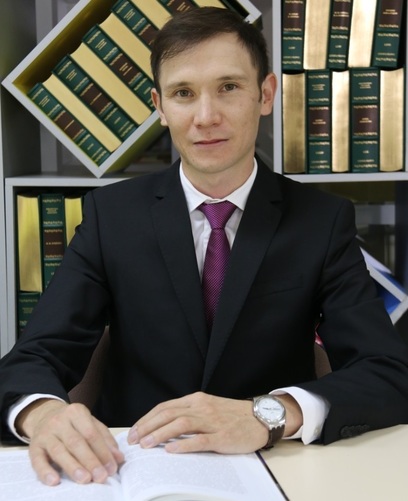 Mr. Anarbek Yelshibayev is a 2012 alumnus of Kazakh Ablai Khan University of International Relations and World Languages. In 2014 he earned the degree of Master of Pedagogical Science at L.N. Gumilyov Eurasian National University.

Since joining NIS of physics and mathematics in Nur-Sultan in 2014, Mr. Anarbek Yelshibayev has coordinated the implementation of criteria-based assessment model and Stanford Pre-Collegiate Studies summer programs. His students have successfully participated in various subject and project contests.

Since the beginning of the 2020-2021 academic year, Mr. Anarbek Yelshibayev has been serving as Vice-Principal. From 1999 to 2001 Elmira Kuatbekovna held a post of a vice-principal for pedagogical work and discipline at the Kazakhstan-American school “Maksat” in Taraz.

From 2001 to 2006 she worked as a vice-principal at the oblast boarding school for the gifted children “Daryn” in Zhambyl oblast.

From 2006 to 2008 she worked as a vice-principal for instructional research at the school for gifted children “Zerde” in Astana. He started his working career as a senior instructor at the Institute of Language and Translation in Karaganda and a school for gifted and talented.

In 2009, he joined NIS as a manager that grew into a VP position one year later.

Dr. Khoroshash is an educational expert with high qualifications in a variety of professional areas. He is also a participant and winner of such international projects as Connecting Classrooms by British Council, Microsoft Pathfinder Schools, and many others.

In 2013 Mr. Aidar Khoroshash entered the doctoral program at the Nazarbayev University Graduate School of Education, as the result of which he obtained his PhD degree in 2017. Since then, Dr. Khoroshash has been actively involved in practical and theoretical research. He is a welcome guest at different conferences and forums where he is always happy to share his ideas on education with a special focus on leadership and voice.