The first Sunday morning of October met the participants of the cycling festival with cold windy weather. Teachers, pupils and parents of the Intellectual school of physics and mathematics in Astana came to the start of the eco-festival by supporting cycling in the capital and drawing the city’s attention to the ecological movement.

The cycling festival is organized within the framework of  “Your safe bicycle for the ecology of your city and your health!” Scholarship Project and the United Nations Development Program – “Sustainable Transport in Almaty” Global Economic Fund with the assistance of the Public Fund “Akbota”.

At the opening ceremony of the cycling race, the participants were congratulated by the Deputy Chairmen of the Nazarbayev Intellectual Schools Nazipa Ayubayeva and Svetlana Ispusinova; representative of the United Nations Development Program – Global Environment Facility “Sustainable Transport Almaty” Rassul Rakhimov; Chairman of the Fund for the Development of Public Initiatives Aidar Makhambet; and the Head of the public fund “Akbota” Irina Nemtsan. 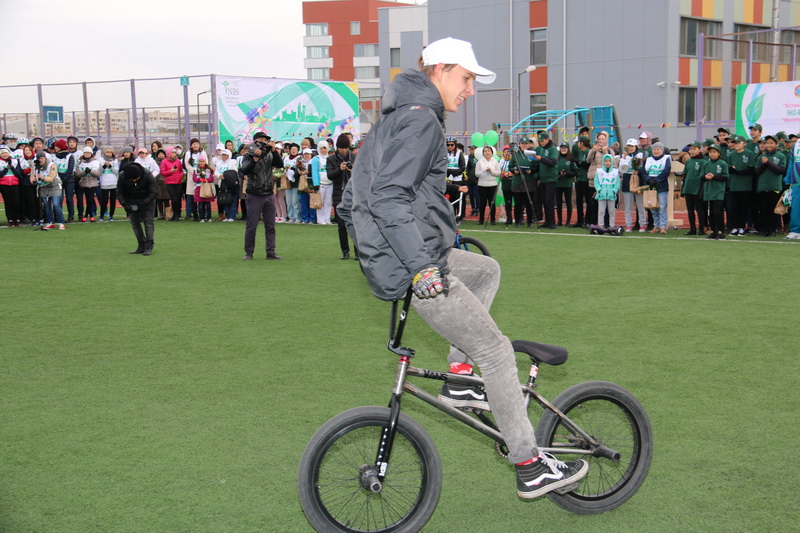 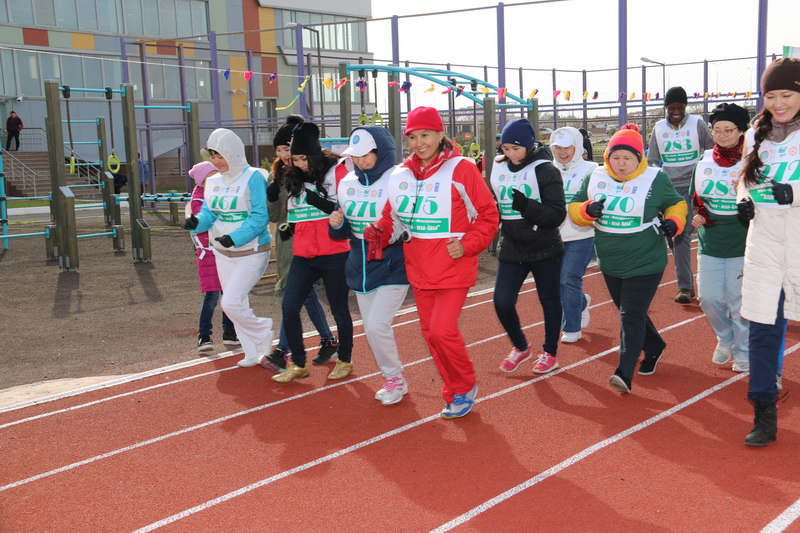 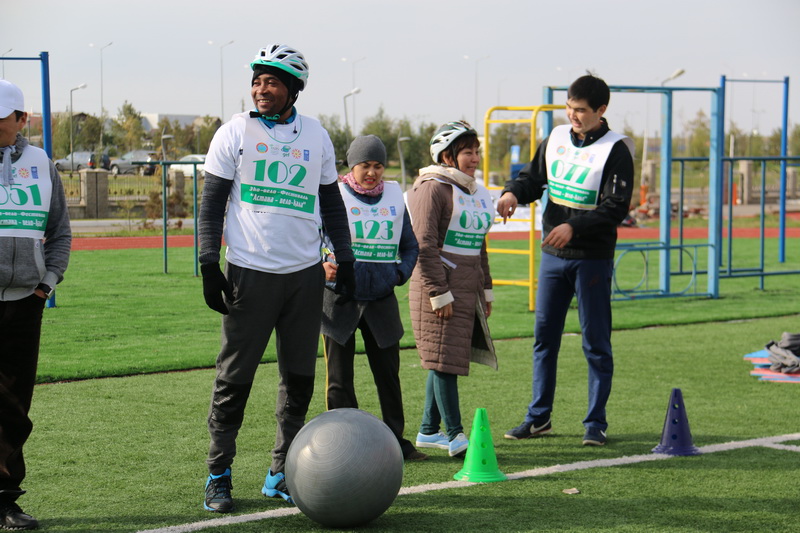 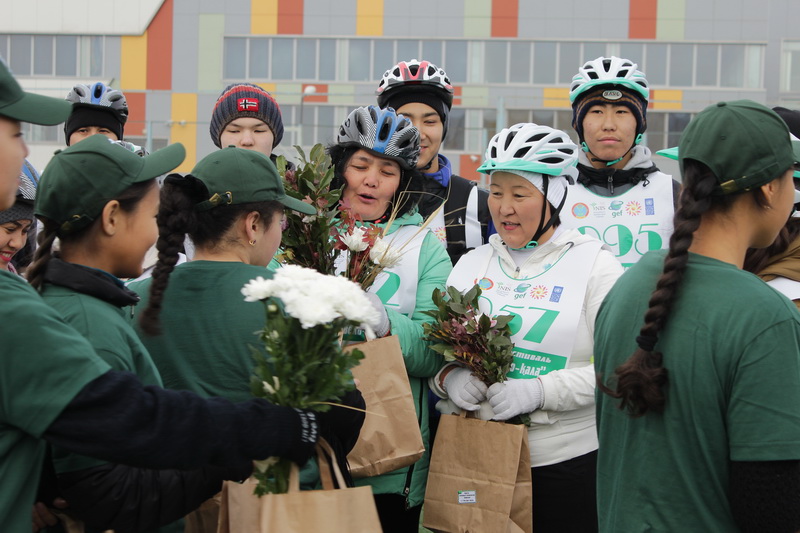 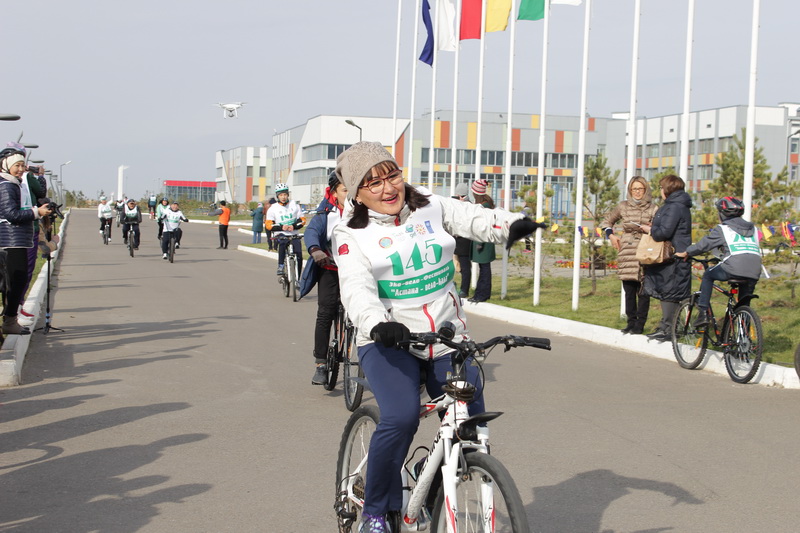 The eco-festival was started by a launch of “green bicycle”, made of the air balloons into the sky. The view is unforgettable: bright green balloons blossomed in the air with a huge cheerful dome – the sportsmen and fans cheered like children!!!

As it had been planned, the participants of the festival started at the meeting point at 10 am. Their route passed along a circular track around the school, 3 km long, then the cyclists returned to their start line.

At this time the interesting competitions were organized for the fans like the sports relay “Green Start”. Children and their parents were able to take part in competitions in Nordic walking and in national sports at “Batyrlar Aymagy» station. Also a game of ecotourism was held within the framework of cycling race . The competition for a great number of fan-wishing people was called the «Climate box”

All participants and guests were in a good mood by communicating with each other, congratulating on the holiday. This was promoted by incendiary music, various games and competitions with prizes, and an eco-buffet. In honor of the professional holiday all teachers were given eco-gifts by the public fund “Akbota”. Organizers were prepared very well, and the festival was a success: he gave the participants many positive emotions.